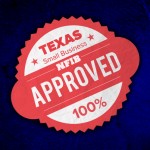 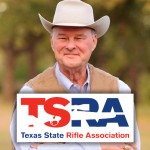 The Texas State Rifle Association-PAC is proud to endorse Representative John Raney (HD14) for the 2016 primary election. Our endorsement is based on Representative Raney’s continued support to protect the rights of Texas gun owners, hunters, and all law abiding Texans who are licensed to carry. “I’m proud to be endorsed by the Texas State […] 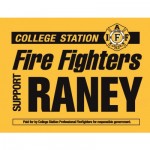 As professional firefighters and paramedics, every decision regarding our compensation, safety, and working conditions is made by either an appointed manager or an elected official. It is imperative we have good relationships with those elected to serve in the legislature. At this time, we are proud to announce the College Station Professional Fire Fighters for Responsible […]