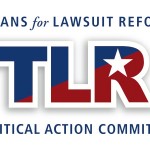 (Houston, TX) – Texans for Lawsuit Reform PAC issued the following statement today announcing its endorsement of the re-election of State Representative John Raney in House District 14. “Rep. Raney is a committed conservative and a respected member of the Texas House. As a businessman, Rep. Raney understands the importance of lawsuit reform in creating jobs and keeping […] 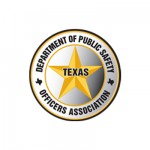 We believe that Representative John Raney has a strong record of supporting state employees, law enforcement, and the state’s commissioned peace officers, and we want to add our voice in recognition of his efforts to champion these good causes. The work of Representative Raney to make Texas a better place is appreciated by us and […]

Bryan, TX – Today, State Representative John Raney (R-Bryan/College Station) announced he will seek reelection to the Texas House of Representatives. Representative Raney has represented the residents and business owners of House District 14 since 2011. He currently serves on the Committees on Higher Education, House Administration, and Appropriations, where he also serves on the sub-committee […]