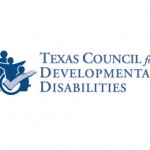 (AUSTIN, TEXAS) Since taking his oath of office December 23rd, State Rep. Raney (Bryan) has met with those involved with the administration of the Texas House of Representatives, attended a very informative, enjoyable two-day public policy forum hosted by Texas Public Policy Foundation, met with Speaker Joe Straus and numerous members of the Texas House, […]