BRYAN/COLLEGE STATION – Yesterday’s tragic event was a shock to the Bryan/College Station community and beyond. My thoughts and prayers continue to be with the loved ones of those lost in this senseless tragedy. I appreciate the quick response of the College Station Police Department, the City of Bryan, Brazos County, and Texas A&M University, […] 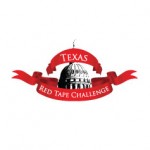